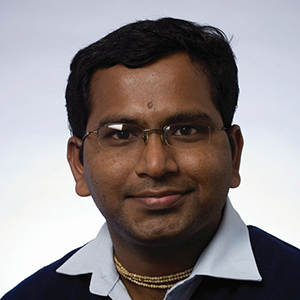 Sreenivasulu is currently working as Program Coordinator for Department of Defence and BHP programs at CRC CARE .Sreenivasulu is also Conjoint senior lecturer at GCER, University of Newcastle Australia.  He has a Master of Technology (M.Tech) from the Indian Institute of Technology, Kanpur (IIT Kanpur), in the area of Hydraulics and Water Resources Engineering, After graduation he worked in an engineering consultancy as Design Engineer, designing the surge phenomena in hydro-electric power plants. Sreenivasulu joined CRC CARE after completing his PhD at the University of South Australia. During this time he also worked at the University as a hydrogeologist engaged in modelling groundwater flow and pollutant transport processes. Sreenivasulu has successfully supervised a PhD student who has been graduated and currently supervising four PhD students in the field of environmental sciences.